It has been a little while since I reached out. Continents later.

March was my last month in South America; Argentina/Brasil/Uruguay. I have made vows to return, the time I had there was nothing short of incredible. The quality of connection and music, the open-hearted generosity of virtually everyone I met.

It was also for me the time when I finally learned the joy of simplicity, of simply being a musician. To live light, to wander the earth, to play music. Just those things, not a million things, just a few things. In South America, it is common practice for musicians to ride the train and play...not only do they play, the commuters, without fail, clap.

I got to Europe early in April, greeted with the clearly perceptible warmth of vibrant 'open mics' in Utrecht, Berlin and Paris. Overwhelmingly beautiful. My first night in Berlin ended with 6 musicians, from Germany, Turkey, Lebanon and the UK jamming together on stage. It was a pretty breathless moment, the kind of night where we get to say "one-world" and mean it.

I've had a bit of time now to collate my thoughts, and I have turned my attention to the middle east. So I put together a film-clip from the footage I took in Argentina, Brasil and Uruguay for "Syria," a track I released last year on The Colour of War. If any of you are still interested in purchasing the EP you can here,

And so here we are, a little portal into what my eyes have been seeing these months. Thanks for meeting this with me. 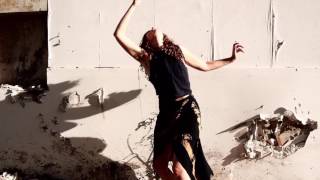 To Eat The Sun